A beautifully written story that is as much literary fiction as it is sci-fi. Compelling reading from an author on the rise. 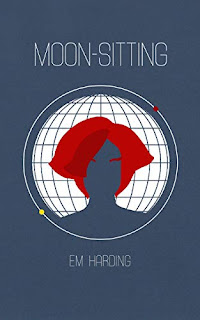 The Moon fell into the Ocean and the Waves wept.Infinity was once home to a thriving civilisation. That is, before the Moon arrived. The enormous, spherical structure brought with it death and destruction, wiping out most of the population with a series of earthquakes and tsunamis.Since then the Moon has sat silently on the southern edge of Infinity’s mass continent.Lucky Marsh is one of three moon-sitters charged with monitoring the Moon, acting as a living alarm system for Infinity’s last city. They must watch, but never touch: that’s the golden rule of moon-sitting. However, for the ever-curious Lucky, that rule has become increasingly difficult to abide.Her nightmares compel her to do more. Her feet betray her while she sleeps