The much anticipated follow up to Marcum's Valkyrie novel. Out now on kindle, coming soon in paperback. 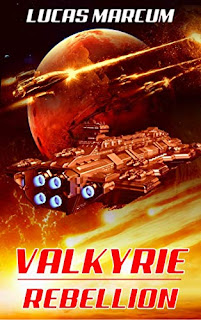 The United Earth Alliance prepares to push forward in the last campaign of the war against the Elai, but their enemy has other plans. As new threats loom, the seeds of rebellion sprout bitter fruit on Mars, and Lieutenant Colonel Elizabeth Suarez, the Valkyrie, finds herself fighting for her life.
The follow up to Lucas Marcum's best selling debut novel, Valkyrie.
- November 10, 2019