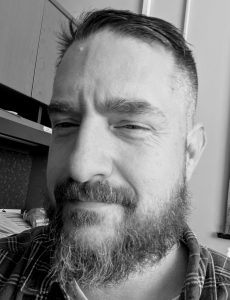 Q. So tell us about your new release, The Barrier.


The Barrier is a sci-fi novella about a future where people can choose to discard their bodies and permanently live in virtual reality. The protagonist believes that living in our real bodies (‘the meat’) is a critical part of being a human being. When his girlfriend decides to leave her body and to live in the virtual, he finds himself caught up in a series of events that challenge his ideas of what it means to be a human.


Don’t let the short length make you think it’s a shallow piece of pulp; I touch on some interesting and timely themes in the story:
* What makes us human?
* Do we want to be human?
* Can we trust our own technological creations?
* If you could live an instantly better life, would you give up your body?


Q. My first impression of the book was that it a proper ‘cool’ sci-fi. The hard-boiled detective, the cyberpunk setting, the angst. Do you see yourself as homing in on that particular aspect of sci-fi?


It was certainly a questionable decision on my part to write a book with multiple characters, all in first person. But I think it works here, because it really is a good way to give the reader access to mood and mindset. I like the idea of a Byronic hero, a guy/gal who isn’t perfect but who has good general intentions. The cyberpunk feel is a secondary thing to me, but the future James lives in can’t help but have that dark edge to it.

What I want to really focus on is character growth and human adaptability. And if you want to tell a story about someone growing and changing, it’s more fun if you start with someone who has a lot of imperfections.

Q. A lot of the best sci-fi really pulls at the strings of our consciousness. What strings are you pulling with The Barrier?


I had a few goals with The Barrier, and a few topics I really wanted to poke at in the narrative. My love for technology is a little out of hand, and I wanted to consider what might happen to people in a world where the ultimate technology is a reality: you can go live the life of your choosing, forever, in the virtual. What will this do to humanity? Do we really want this?

I also think it’s a story about powerful women. That may sound strange at first since the primary protagonist is this dark hero persona, and the men in the story are getting the most hands-on time. But if you look closely, you’ll see the protagonist is constantly struggling with the decisions and plans of the female personas in the story. And you see him change over time from a victim to an active participant in the central struggle. I like the complexity of having a strong woman behind the curtains.


Another concept I wanted to explore is the idea of a threshold (or barrier!) that keeps people apart, or that keeps you from moving forward. Whether that is a very real barrier like a cage, or a more intangible barrier like the one between the real world and the virtual. Also, this story represents me overcoming a personal barrier – getting a work completed and online.

Q. Is the main character an exaggerated version of yourself? Non-conformist? Hard-ass?


Ha! I’m a pudgy computer programmer, so I don’t have much insight into the hard-ass department. I have always tried to do my own thing in my own way, and I believe in individual liberty and individual responsibility. My main character shares those beliefs, but also suffers a lack of real control. I’ve certainly been wrapped up in the plots of other people and felt helpless or used. I think it’s universal, though, not necessarily a ‘version of me’.
Also, I think if I could go live my life of choice in the virtual, I’d do it in a split second. My protagonist would only do it if he was forced to.

Q. You’ve got three children, sounds like a busy family life. How do you find time to write?


I’m 45 now, so I have a good stretch of time behind me. Over the years I’ve written a big stack of partially finished “things”. Stories, poems, etc. A lot of my production has occurred in the past, when time was a little less precious. These days I sneak a few words in during my lunch breaks – it’s really the only chance I get to sit down and focus on my own thing.

Q. Do you ever hold back because you know you’re kids will be reading your stuff?


No. I’m never embarrassed or coy about what I am, or what I think. We are pretty strict about what digital content they consume, but we’re pretty open about literature. And I try to be honest with my kids, even when it’s difficult.

Q. As an author with a lot of unpublished material, I’m wondering, do you prefer going back to the old stuff you’ve written and updating it, or is it the buzz of writing something new that gets you?


I’ve historically been a little all over the place. Let’s say I have a great idea for a story, like “humanity has slowly turned itself into robots and now must fight the organic remnants of humanity”. Instead of losing that idea forever, I’ll plough through a couple of quick chapters. If the spirit moves me, I’ll write more. If not, I’ll move on to something else.
Sometimes the idea haunts me and I have to go back to something I’d walked away from.
This will sound a little tacky, but The Barrier was a way for me to move through a barrier in my own life; get a work to completion and get it out there. And my new process is one of dedication and determination – either pick a new subject and write it to the end, or grab something from my past and complete it. Either way.

Q. I hear your influences are not exclusively sci-fi. Does it help to take something from writers of other genres? Can it make one’s sci-fi more original?


I love sci-fi, but I also love dark humor, philosophy, religious studies, poetry and satire. It’s impossible to write inside a single genre without being influenced by other genres. I think you’d have very flat characters and a very bland story if you couldn’t reference an internal library of personalities and ideas.

Q. What else influences your writing? Real life? Other forms of art? Music?


Movies are a big influence. I see a lot of my written scenes as images in my head. Like storyboards.


Science news inspires me, as well. I like reading about groundbreaking discoveries or uncovering science I didn’t understand before. It’s inspiring.


Q. When reading other sci-fi books or watching movies, do you ever think, damn it, I thought of that idea too? (And does it matter or not if that is the case?)


I do. It actually happened recently. I started writing a story called “The Devil Of Dijon”, which was about a man in World War II having an encounter with a supernatural creature. About two chapters into it, I saw a trailer for a movie called “Overlord” that seemed to have similar themes in a similar place. It bummed me out a little, but it won’t stop me from writing my story.


It doesn’t matter that the film exists because it isn’t just that key idea (‘I met something weird in WWII’) that matters, it’s the story. The people. Growth, change, drama, action, redemption, etc. It’s the details, not the high level idea.


The Barrier has a lot of touchpoints similar to Altered Carbon on Netflix. It isn’t lost on me that there are things there that feel similar. However, my story is about something much different.

Q. Ok, just to finish, tell us a bit more about what we can expect from you in the future.


In mid to late 2019, I’m going to publish a full sized novel called “The Kingdom Calls”. It’s about a man who is being abducted by aliens at night. Eventually he’s had enough, and he figures out how to wake up during one of his abductions. This kicks off an interstellar drama. It has it all: aliens, politics, DNA mutations, conquest, spaceships...it will be a bigger, more mature work.


Early in 2020 I plan to publish the sequel to The Barrier, and possibly the final book in the series by the end of that year.


All this could change, of course, if I get hit hard by inspiration in another area (or life throws me a curve in some other way). The best way to keep up is to check my site https://corplord.com or like my Author page on Amazon or Facebook.

Great answers. Thanks for the interview, Smith Ellis.


For more information, as stated above, you can connect with Smith Ellis via his website here. 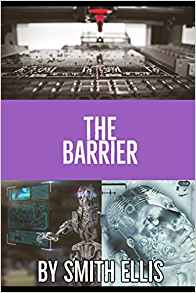