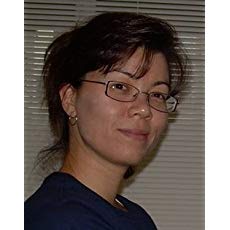 Q. Your latest novel,Dark Corridor is set in the same universe as a previous novel of yours, The Cyanide Process. So to begin with, can you tell us about this universe?

The Sphairan Universe consists of several colonies that originated from Earth, and each one is primarily looking out for itself. A given colony tends to have a certain speciality, and many of them were seeded by a unique Earth culture, which has then evolved in the absence of other Earth cultures. Some colonies are planet bound, such as Xuizo, which is a mining colony and predominantly French, Ursalia which is an agricultural colony and predominantly Canadian, whereas Sphaira is an administrative colony and very multicultural. The Sphairan authority over other colonies is variable. Because of the vast distances, regulation and law enforcement can be difficult, and in many cases is managed through private firms. There are also ship bound colonies, such as the Yoshinogari, who have a reputation for being pirates, but have rebranded themselves as a respectable corporation. Sarah’s Cove and Fat Boyo’s Den are pirate coves along the Merry Porto asteroid belt. There are also hidden cities residing in pirate territory, outside of Sphairan influence, and semi-legitimate contractors, such as the Kvinesdal Elite—mercenaries who have unregistered “nests” scattered throughout the space regions. Everything from goods to technology to personnel are traded. A lot of this is impacted by politics and/or containment of disease.

Q. How about introducing us to the protagonist of Dark Corridor – Adynn Sheffield. She’s an interesting character. For our readers, what makes her tick?

Adynn is ultimately looking for family. She desperately wants a home where she can trust everyone has her back, and she will return that loyalty ten-fold. She is done with having family taken away from her by the power-hungry and greedy, and is in no mood to back down from a fight. If she must be the one to stop the entire universe from being run over by bad guys, so be it.

Q. Do your stories have a common theme of females fighting the system or am I reading too much into this?

Hmm. I think maybe I would say females existing on their own terms within the system. I didn’t intend for them to be overtly feminist, and I think the male characters are equally important. My first two novels (fantasy, with Dragon Moon Press) both had male protagonists. The next two (science fiction, with Bundoran Press) have female protagonists, and the one currently kicking around in my head will have an alien and a trans female as leads … I suppose it’s a progression of sorts. What is a common theme for me is having to walk between diverse cultures. Both my parents are immigrants, one from northern Europe and the other south-east Asia, so being a born and bred Canadian myself, there were always three cultures in our household.

Q. You’ve been published in ten anthologies. Quite an achievement. What’s the difference between writing a novel and writing short fiction?

Thanks! I think writing a novel is much easier. The plot arc, character development and expository background don’t have to be crammed into a few paragraphs, all the while avoiding the dreaded “info-dump”. Writing short stories takes some real skill (which I didn’t already have!) However, the benefits are huge. Aside from the (relatively) instant gratification, it’s helped me build discipline as a writer in terms of being economical with word use and writing to spec. Best of all, it’s allowed me to work with a broad range of truly fantastic editors and learn from them. Two notable individuals are Hayden Trenholm and Claude Lalumière.

Q. Of all the short stories you’ve written, do you have a favourite?

Ascension, which appeared in Tesseracts Eighteen: Wrestling With Gods. It features Bobby Fong, a death match fighter trying to escape into Nirvana. He almost makes it…

Q. Some of the anthologies you’ve been published in have been described as ‘very Canadian.’ What’s your take on this?

It’s home. It’s comfortable. It’s a nice starting point. Obviously, I don’t want to be confined by it, but I do like being published with people who are close enough to personally interact with. The Canadian writing community is a lovely group of people to be immersed in.

Q. Do you have a favourite Canadian author?

Being a scientist myself, I would say hard science fiction is fantasy. (Ha!) Half the fun is making stuff up, and I’ve been cautioning my work colleagues who might read my fiction that they are not to tell me if they find mistakes in the science—they can keep that for lab meetings. On a more serious note, I think hard science fiction is fun, because of the “what if” factor, which can be explored and speculated about without having to generate any actual data. All the glory without the slogging. I would say that in comparison to fantasy (at least the stuff I write), it’s more constrained by rules and logic. When I write fantasy, I tend to be more emotional.

I do, but not in the same way I would for a science paper. It’s more along the lines of reading a few abstracts and then daydreaming. Part of the science in The Cyanide Process was dreamt up after listening to the first half of a seminar during a cancer research symposium, then letting my mind wander when I was supposed to be paying attention to the second half.

Q. Okay, finally, your writing has been described by some as rather dark in subject matter. Is there another side to you we should be wary of?

Nah. Not anymore. I think I purged most of it when writing The Longevity Thesis. Admittedly, I was frustrated with life when I wrote that. I’ve moved on. Things are pretty awesome now, but that doesn’t mean I’m going to let my characters off any easier!

Glad to hear it! Thanks for the interview and good luck with the book launch. Dark Corridor comes out on May 26th. You can find Jennifer Rahn’s amazon page here, her webpage here and connect with her on goodreads here. 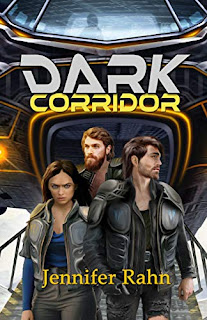 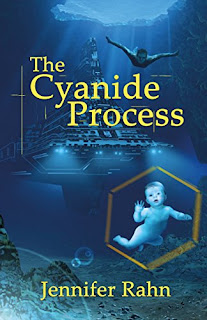