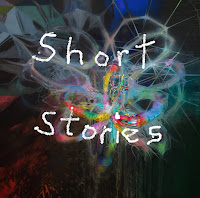 I’ve always been a little bit phobic about the transporter machine, the way other people are phobic about spaceflight or cryogenic preservation, or spiders. Funnily enough, those things have never bothered me – the risks of going into space are real, but so low that they are not worth worrying about, and cryo-sleep is just like normal sleep only deeper and longer. And spiders – well, I used to have one as a pet.

Unfortunately, the reality is that, in my line of work, space travel just takes too long – way too long – if you’re doing business over long distances. I can hardly spend four years in suspended animation and then expect the deal I was chasing to be still on the table when I arrive at the far end, can I? So transportation it has to be. I know the stats – that it’s safer than space flight (no matter how safe that is) and much, much cheaper. All the same, every time I’m sitting in that booth, waiting to be digitalized and recreated in another place, it feels creepy.

I think it comes down to a bad experience I had once, in 2162, when the machine malfunctioned. I was off to Titan, planning to move there for a few years to set up a spacewear business (Titan was a booming market for that stuff at the time). I had that tingly feeling you get when the probe is reading your quantum states, and then, as usual, I blacked out. But instead of waking up on Titan, I emerged from the machine to find I was still here on Mars. Equipment malfunction, they told me with profuse apologies, not something that could be fixed quickly. I was fine, but it got me thinking: if the machine can go wrong in the way it did, maybe it could go wrong in other ways too.

I never did make that trip to Titan. By the time the transporter was serviceable again, the moment had passed and I’d decided to pursue different avenues. But I’d always wanted to go there, to see the methane lakes, and to put on a wing suit and fly through the thick atmosphere in the low G they have over there. And I’d put away enough to afford a good holiday. It was time to put that jinx behind me and take the plunge.

So I’m sitting in the booth again. It feels creepy, as usual. There’s that tingling feeling, then nothing, then …

It takes me a few minutes to adjust to the lower gravity, but otherwise this place feels fine – just like home. It’s too late today to do any ambitious exploring, so I drop my bags off at the hotel and go for a wander around Titan City.

It’s a pleasant enough place, under its big plastic dome, but a lot smaller than the cities we have on Mars. It has a rather provincial feel to it, though there’s a frenetic buzz around the little bars and cafes, as if everyone is trying a little too hard. Eventually, thirst wins over the desire to explore and I turn into one of the bars. I order a drink, and head for the nearest vacant table. I sup my drink and look around me, people watching. These Titanians, what is their style, what are their quirks?

A face catches my eye. It seems oddly familiar. Were it not for the long hair, the bleached moustache (both pretty common on Titan, it seems), that man would remind me of … me! Then I realise he is looking at me in the same way. He comes over and offers me his hand.

“Look at us two,” he jokes. “We must be twins separated at birth. The name’s Jones. Theodore Jones.”

“But I’m Theodore Jones,” I exclaim, “from Olympus City on Mars.”

An awful realisation is starting to creep up on me.

“You didn’t by any chance come over by transporter, did you? With the intention of setting up a spacewear business?”

“Yes, but how the hell could you know that? I met my wife here and decided to stay.”

“Tell me, when you got out of the transporter, did they tell you tell you there had been a problem?”

“Yes. They said there had been some difficulties at the far end, so they had to give me a medical checkup. I was fine, but it kind of put me off transporters. One of the reasons I’m still here, I guess.”

“Funny, that. I got told the same thing when I got out of the transporter too. But I was still on Mars.”


T. E. Taylor is the author of
Revolution Day and Zeus of Ithome.
You can check out his amazon page here
and his webpage here.
﻿
- March 02, 2019