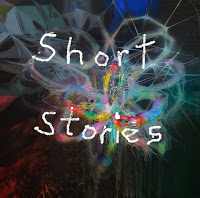 The History of Turning Things Around

There once was a little man whose nearest neighbor was very clever. This neighbor had learned to split trees along the grain, a neat trick considering there were no metal tools. He used wooden wedges pounded by wooden mallets.

If that weren’t enough, he’d learned to join the planks he split. He somehow notched the ends to interlock, as the fingers of your hands could. At last, employing judicious use of rawhide strips, he then invented the storage box.

This opened up lots of possibilities. Thin boxes with a strap made a strong shoulder-held carrying case while thicker boxes could be dragged, again using straps. Dogs could pull a good load this way, or people if one didn’t have a dog.

But the clever man’s neighbor owned a nice ox, and it was always in high demand to pull the plow of his fellow farmers. He was lucky he’d inherited it from his mother’s brother, someone he’d never met. This uncle was from a distant land whose people had first tamed the massive, but now docile beasts of burden.

Years before, his mother as just a child had been taken as a spoil of war, but that conflict had long ago been resolved and the unknown uncle had held no other heirs.

The hereditary ox was a marvel for, although their use was known, they were scarce and therefore hard to come by. The little man’s animal was the first, and so far, the only one in the area. This rendered it a most valuable commodity.

The man’s clever neighbor had made for him a big box for his ox to pull, and the large bovine could drag much with it, also a service of high demand. Yet at some point, the bottom planks of the box would always break apart under the strain. His neighbor had given him many replacements, but they broke, also.

Next he’d tried strapping hides to the bottom of the box, but while helping some, this action had failed to alleviate the problem.

This current state of affairs would soon change though, and all because of him. After much consideration, the little man now thought he knew how to remedy the situation, and it would be easy. Yes, he was very clever too, or so he thought.

Always a heavy thinker, the diminutive man, who was leading his ox that was pulling the box, came to a brook. It was hot out. He stopped to water himself and his beast, and they drank deeply.

“Are you hungry, my friend?” asked a nearby voice.

Both the ox and his startled owner looked to a tall stranger, who sat holding a large apple on the opposite bank of the gentle stream. Then the oddly dressed man held up a sack made of stitched animal skins. It was lumpy and heavy looking.

“I’ve aplenty,” he said with a smile. “They’re large and very sweet. Your ox would think so, too.”

At this time, tasty apples were hard to come by, for not all such trees created palatable fruit. Yet, planting the seeds of those that did never produced an identical crop, instead just growing many variants. And, the knowledge of grafting vegetation, the only way to assure a standardized yield, would remain hidden for eons.

So, a while later the men sat side by side with their feet in the cool water, each one savoring an apple. The ox had already eaten three in rapid succession. Now it was more than content to stand in the brook and slowly chew his juicy cud.

The little man was explaining his big idea to the stranger and, indeed it was a simple one. Why not attach limbs to the bottom of the box? These limbs, he pointed out, would run the length of the structure, and thus keep it off the ground.

This, he was confident, would be a great improvement changing everything. The limbs would then drag the ground, not the ground on the box. What could be easier?

Yet the stranger acted as if he didn’t understand, making a face and shaking his head. Of course, he did understand. He understood many things, and most were concepts the little man beside him would never know, or even know of.

This stranger was a stranger in more ways than one for, unknown to his simple companion, he was in fact a time traveler currently occupied with a critical mission.

He picked up a flat rock and handed it to the little man. Then reaching about, he picked up two short, nearly straight sticks. These he handed over, also.

“Show me,” he requested.

The little man placed the sticks parallel on the ground between them. Then he put the rock atop them. Next he demonstrated, by sliding the rock over the twigs.

“Problem eliminated,” he pronounced, pleased with himself.

“This is good, yes,” the stranger agreed. But then, after taking another bite of his apple, he added, “I see another way, though. It’s a much better way of pulling things.”

The determined time traveler took hold of the rock. Instead of sliding it over the sticks as his counterpart had done, he moved it in the other direction. He pushed it against the twigs, which now twirled neatly underneath it.

“You’d use logs,” he advised. “You and your helper just need to find some way to attach them. Is this not a better solution?”

Making the connection, the little man agreed, and said so.

He soon hurried off most anxious to try out this novel idea, naturally to be claimed as his own innovation. His clever friend, he knew, would somehow work out any complicated details. So, he pulled on his ox that pulled the box.

The now contented stranger, still eating his apple, was smiling.

For more information you can check out his amazon page here.